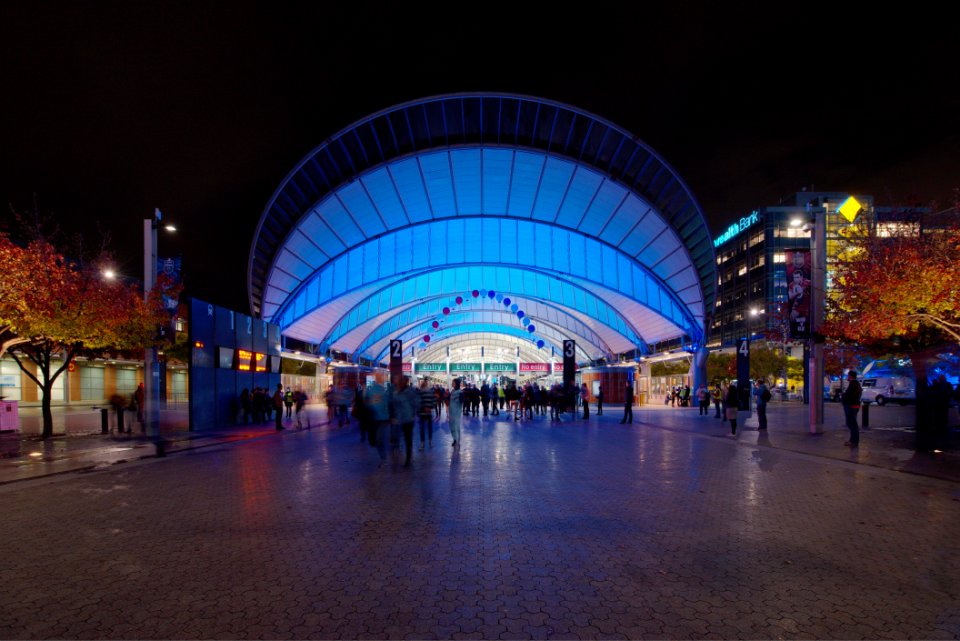 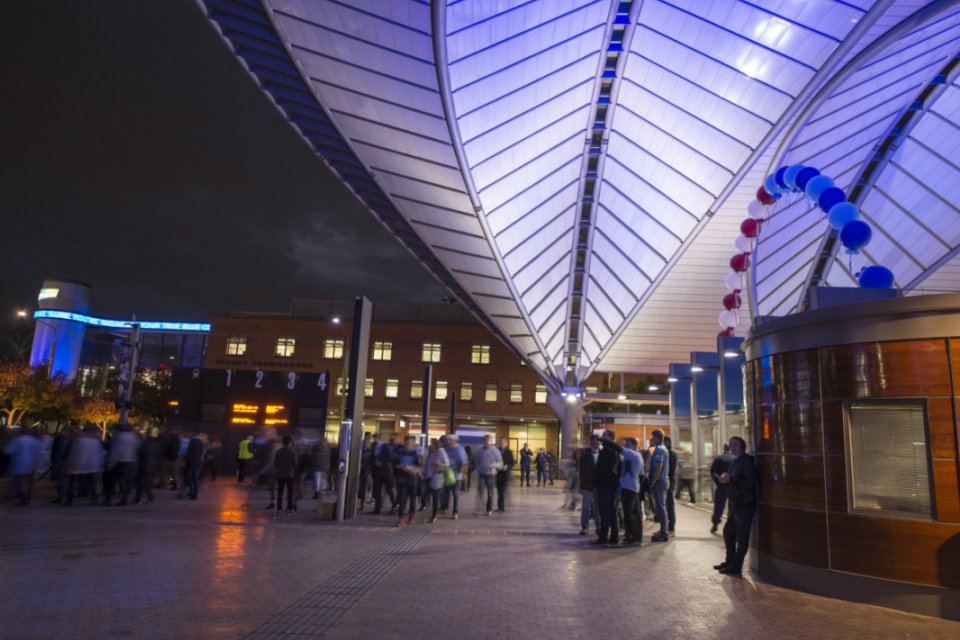 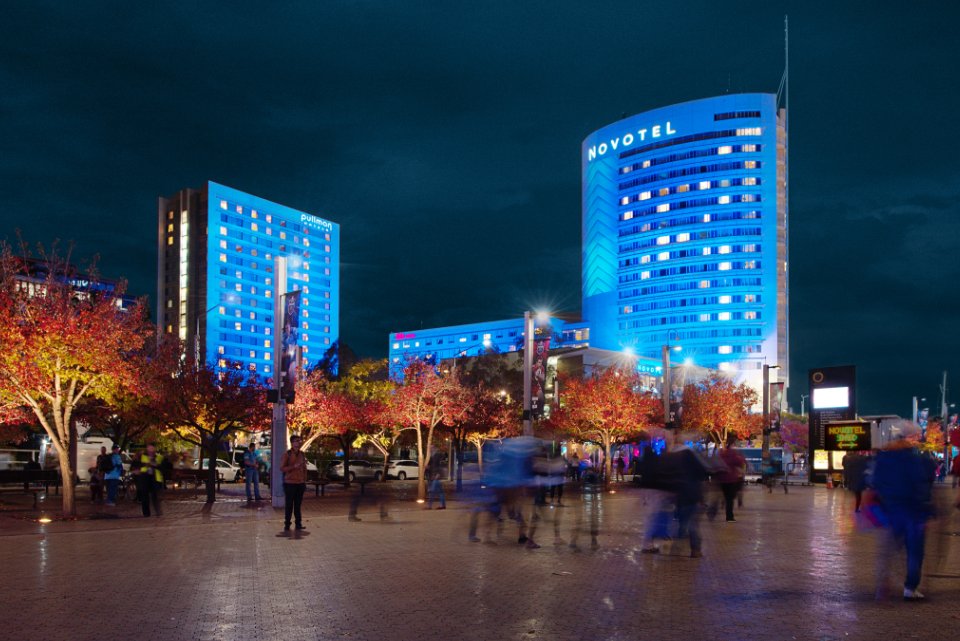 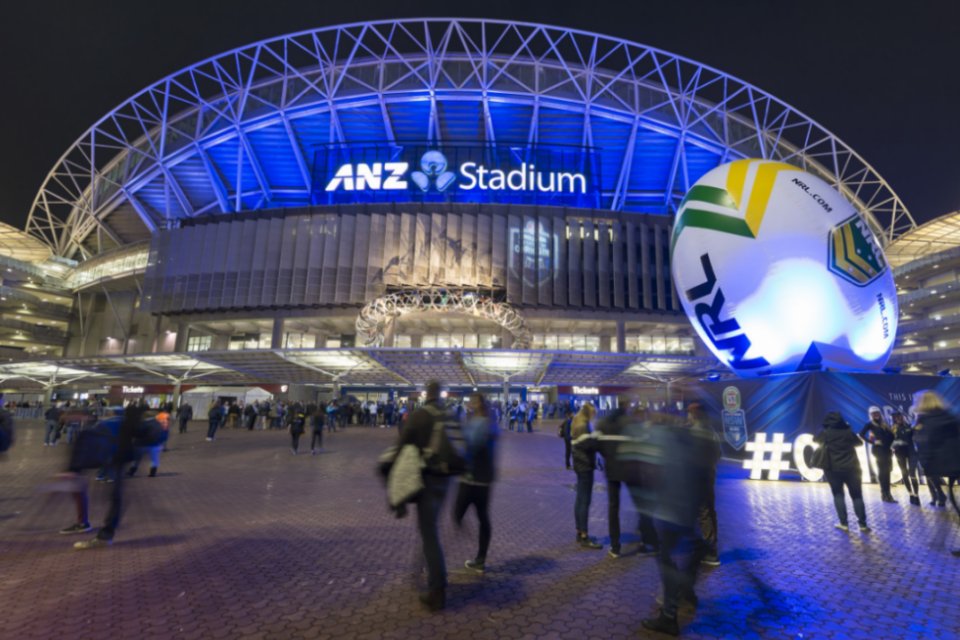 Sydney Olympic Authority sought the services of Lighting, Art & Science to assist with the design of a permanent lighting solution that would aid in activating the main pedestrian concourse and surrounding buildings for major events held in the precinct. Working directly with the entertainment team, a fully integrated and flexible lighting solution has proven to be a successful backdrop to major football games, concerts and extraordinary events held.

Lighting, Art + Science were engaged directly by Sydney Olympic Park to further activate the existing concourse between Olympic Park Station and ANZ Stadium. This also involved the façade lighting of the Novotel towers.

A series of technical RGB spot lights were used to illuminate the structural ceiling elements of the station, and the upper crown section of the ANZ Stadium entry. Further High Output RGB Flood Lights were used to evenly graze the two Ibis Tower Façades.

The entire DMX system can be controlled locally or remotely via a WI-FI system. Infinite colour combinations or shows can be used to activate the space allowing for theme colours to be displayed during events like the State of Origin.