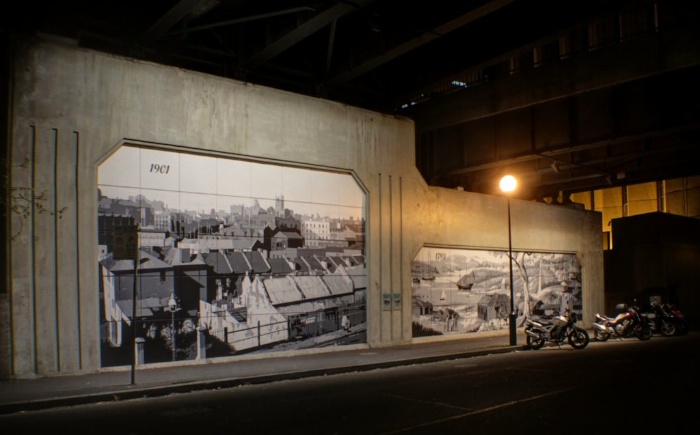 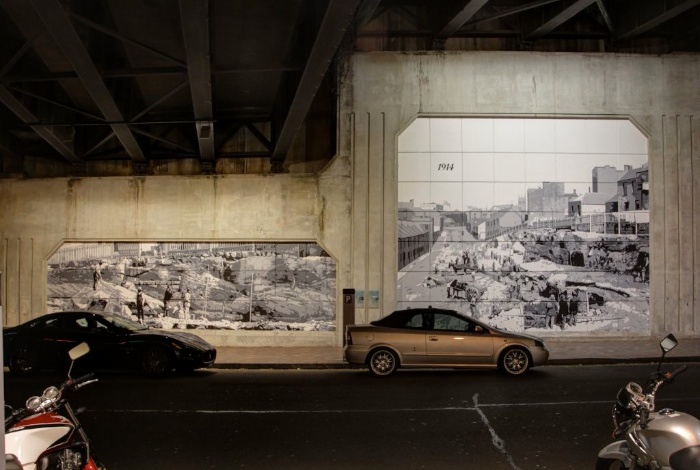 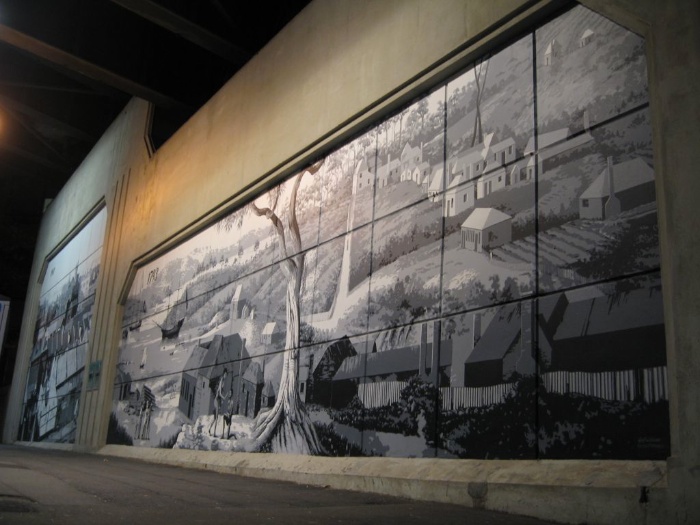 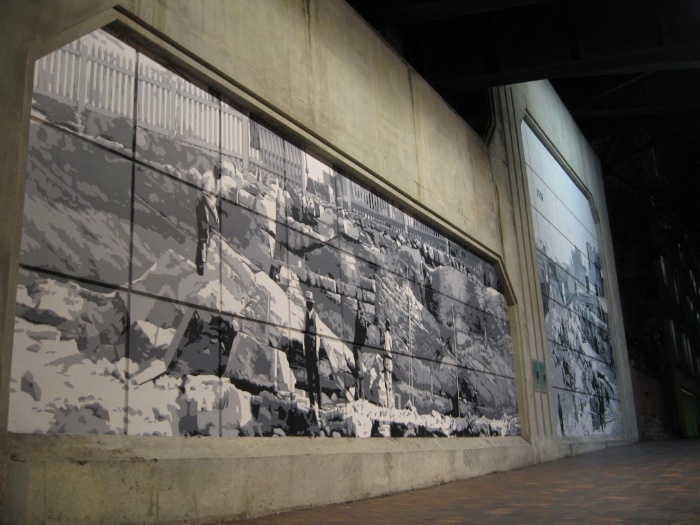 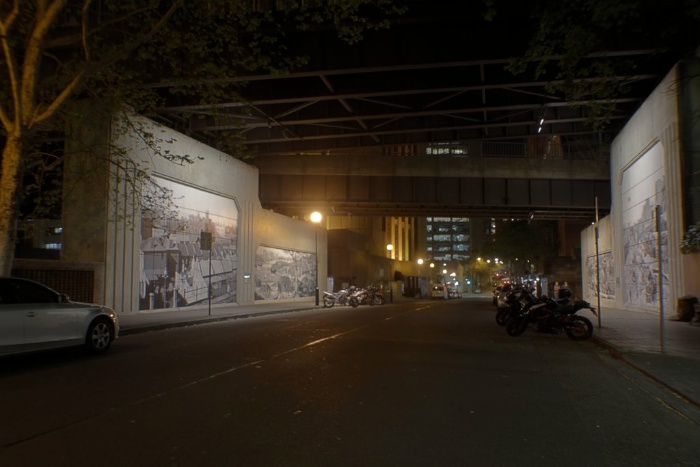 The Sydney Harbour Federation Trust engaged an artist to paint contribute artwork on the abutments of the overpass depicting the early era activities of the Rocks area.

Warm metal halide floodlights were mounted on the underside of the overpass to accent the monochromatic nature of the artworks in comparison with the concrete colour around.

The lighting also attempted to reduce the impact of the low pressure sodium post-top lights in the space.